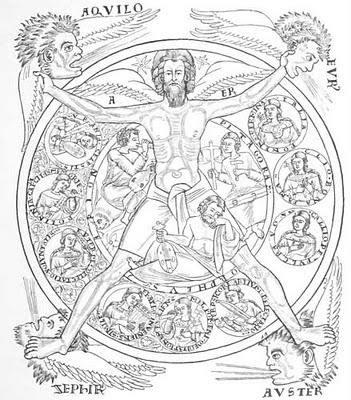 The Nine Muses inspiring Arion, Orpheus and Pythagoras under the auspices of Personified Air, source of all Harmony, 13th century, Public Library Rheims


Now that Megaupload has fallen, some of my older files are gone. Ask me to share them on Mediafire, and I will. I've been using Mediafire for some time and find them reputable. Whether Big Brother feels the same is another story entirely. I do hope Mediafire weathers the current storm.

I think there is great validity in posting music that is out of circulation and without benefit of the Internet very few people would know about otherwise. Take, for example, Eino Tulikari, whose music I posted in March last year. 112 downloads - that means 112 people now know of the existence of a legendary kantele player from Finland. There are countless great examples of music like this that become lost in time.

I want to share my sense of wonder at the creative spirit here. It happens that music is one of the things I've come to enjoy sharing most, even if I'm more a writer than a musician. (I play ukulele... that counts for something! And I've also shared my musical compositions composed on the computer, to be fair to myself.) At any rate, in the weeks ahead, I'll continue to post, whether it's a YouTube video, an album, some words about a particular artist or style of music, or something completely random, which I've been known to do. I have a separate blog that focuses on writing, though I'm still trying to figure out what to do with that.

I like how the ancients thought about music, which is why I've included the art above. The Greeks and Romans inspired the imaginations of many scribes and artists in Middle Ages, who preserved the image of the Muses and the connection of sounds to the celestial sphere. I think in our own way we're continuing this tradition online. All these great blogs about folk, jazz, rock, and orchestral music help us see a broader horizon of who influenced who, where music comes from, where it is going. 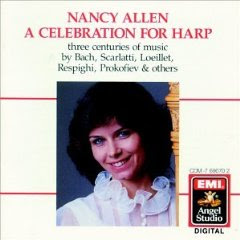 Nancy Allen - one of New York's own. Great, great selections here. Every moment of this 1990 release is beautifully conceived.

Also, I forgot to post Ottorino Respighi on January 6. I call this my birthday song - "La Befana" (The Epiphany), the conclusion of Feste Romane (Roman Festivals).

If you want to check out an A+ studio recording, look here.

Though it's just the beginning of the year, and my birthday no less, I think we need to pause for a commercial break. Surely this is one of finest fast-food commercials ever made, from the McDonald's & You campaign back in the early 1980s. This still gives me the weepies, and I don't even have a sister! Tender, tender thoughts, connecting generations one French fry at a time.