The Hendrix of Fingerstyle

...at least according to Neil Young. If you like acoustic fingerstyle playing, do yourself a favor and learn more about the Bert Jansch discography. This Scotsman has made many fine albums, including the recent Black Swan from 2006, which has a guest appearance from Beth Orton. Among my favorites is Avocet, an instrumental album from 1979. It's one of the guitarist's own favorites as well.

Between Bert Jansch and John Renbourn, I can't say who I like better. Both men were members of the folk rock band called Pentangle, along with singer Jacqui McShee. Renbourn features on two of the selections in the collection I'm posting. These are a few tunes from Bert Jansch's earlier albums that I called "A Collection" - i.e. my personal collection. He sings nicely on a number of these tunes, which are a mix of his originals and traditionals recorded in the 60s and early 70s. The playing speaks for itself. If you listen closely, you will hear where Jimmy Page borrowed some of his acoustic chops.

On Amazon you'll also find MP3 downloads of Jansch's albums. One online reviewer writes: "Bert and his music seem to come from the same place myth and folklore come from."  I agree. Here is a small sample of his work. 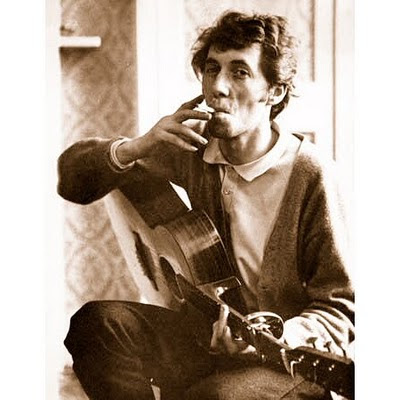